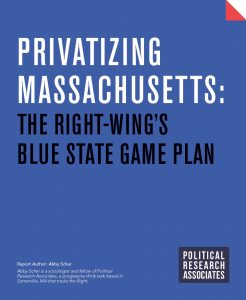 “In October, the Fiscal and Management Control Board overseeing MBTA, Boston’s public transit system, took quick action after determining the hardware and software used to track fare collections was faulty. The governor-appointed body decided to fire all the employees who count the money and outsource their work to a private company instead. The move had some people scratching their heads — why not fix the technology if that was the source of the problem?

But what if shrinking government itself is a major goal, perhaps even bigger than fixing public transit? Your confusion ends. And that is the stated goal of The Pioneer Institute for Public Policy Research, the right-leaning think tank that seems to be everywhere these days—including on the MBTA control board. You find Pioneer people, past and present, as regulars on Boston public radio’s RadioBoston, writing op-eds for struggling newspapers, and even leading the state as governor.” 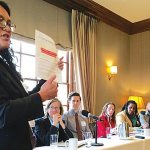