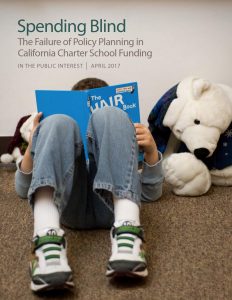 A new report entitled Spending Blind was recently released by the research and policy center, In The Public Interest, detailing the use of public facilities funding to operate privately-operated charter schools in California.

The report examined charter school funding in California, which has the highest number of charter schools in the country, and found that over the past 15 years approximately 2.5 billion in tax dollar and taxpayer subsidized funding was used to buy, lease, and build charter schools in the state. Much of this public funding was misused to fund underperforming schools, unneeded facilities, schools that unlawfully discriminate, and programs run by individuals charged with fraud.

Their research found that $750 million in taxpayer money has been used to fund schools across the state to provide a quality of education that is worse than comparable public schools in the surrounding areas serving populations of similar demographics.

Gordon Lafter, Associate Professor at the Labor Education & Research Center at the University of Oregon told the group that, “The legislative aim in creating charter schools was not to fund a parallel network of uninspiring and privately operated schools that destabilize our public schools.” He went on to state that, “It’s as if legislators turned on a faucet of money and then just walked away.”

You can read the report in its entirety, here. 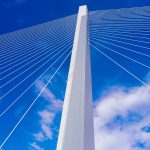