Governor Baker reneges on promise not to privatize MBTA

MBTA mechanics, who earn less than 3% above the national average when adjusted for cost of living, are the #1 bus maintenance workforce in the United States despite maintaining an aging and diverse fleet of buses in adverse New England conditions.

Now, Massachusetts Governor Charles Baker is breaking a public promise he made not to privatize the MBTA with a renewed attack on the jobs of blue-collar fuelers and mechanics who staff MBTA bus maintenance garages in Quincy, Boston, and Lynn. In a summer Friday afternoon news dump, Baker announced he will issue a “request for proposal” to unaccountable for-profit companies who will seek to take control of MBTA bus maintenance.

“The negotiations have been totally one-sided with the workers offering $29 million in savings and only hearing silence from management,” said Mike Vartabedian, Business Representative of IAM Local 264.

“The Governor should be working with us to improve the MBTA instead of selling it off in parts to for-profit companies,” said Mike Haywood, the MBTA mechanic and union member whose innovation and plow invention have been widely credited with improving winter service.

The controversial move by the Governor means the public may lose control of another core MBTA service – and that riders likely will face further service delays and additional taxpayer bailouts as have occurred frequently with Keolis.

Potential bidders on the MBTA bus maintenance services include First Transit, who have come under fire for failing to meet on-time performance, or TransDev, who have faced international criticism for various failures under their private contracts with governments in the United States and abroad.

In an official statement on behalf of IAM Local 264, MBTA mechanic and Marine Corps veteran Nate DuBois of Weymouth, MA said the following:

“The hard working mechanics and fuelers of the MBTA have already put $29 million in savings and concessions on the table and Governor Baker still insists on attacking our jobs and our families. We work hard to keep the public and the buses safe every day and they have essentially refused to hear how this outsourcing scheme will impact our families and communities. I voted for Charlie Baker and I am very disappointed he is trying to take away my job. He broke his promise not to privatize the MBTA. Along with our community allies, we will be escalating our public campaign to protect riders, taxpayers, and workers from this misguided plan to allow a corporate takeover of core MBTA services.”

Nate and other MBTA mechanics have kicked off a series of advertisements and public messages to air across the state in coordination with the INVEST NOW coalition calling on Baker to reconsider his outsourcing plans, citing the impact it will have on their families and communities.

While the “request for proposal” announced today targets three garages – Lynn, Arborway (Boston), and Quincy – it will impact hundreds of blue collar workers across the MBTA bus maintenance system.

Most recently, these core MBTA service workers, some of whom already work two jobs to support their families, voluntarily deferred their scheduled 2.5% percent raise scheduled for July 1, 2017 as an olive branch in negotiations.

“Dumping the MBTA’s financial burden squarely on the shoulders of the hard-working men and women who work around the clock to keep our riders safe isn’t reform,” said Congressman Kennedy previously. “This is the latest in a campaign of privatization efforts across the state that deal a body blow to working families and put our transportation system at the whim of private profits instead of public interest. I am honored to stand with these mechanics and their families to preserve their jobs, protect our tax dollars, and fight for a state that proudly defends its workers’ livelihood.”

Watchdog groups say ex-transit chief Brian Shortsleeve, who is still negotiating with the workers on behalf of Baker despite resigning from his post, is intentionally stonewalling to pave the way for a new privatization scheme that would hand over control of MBTA bus maintenance to a private corporation. In fact, the MBTA is yet to offer the union representing the mechanics any official counter-proposal in negotiations responding to the robust cost-savings put forward by the workers.

“In Massachusetts, you have a small group of blue collar families, just 406 workers, who’ve already offered the Governor millions in savings,” said Donald Cohen, Executive Director of In the Public Interest, a national research and policy center that promotes transparency and accountability for government contracting. “Those are significant sacrifices from a small group of highly skilled workers who will be very difficult for a private corporation to replace if they come in and slash wages even further. The fiscally responsible thing for the Governor to do is to accept those cost savings that are on the table right now – rather than gambling with a privatized transit contract where costs overruns often balloon out of control.” 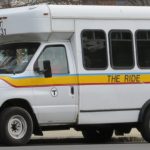 Increase in complaints from passengers of The RideTransportation 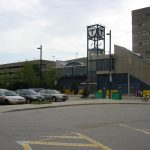