In the wake of the recent removal of David Shulkin from his position as secretary of veterans affairs, many veterans organizations are concerned that the administration will begin to move towards privatization of the VA’s health care system.

Many of these fears are based on the unusual nature of Shulkin’s firing, which many think was due to the fact that he opposed privatization of VA services. Shulkin himself voiced this opinion in an op-ed for the New York Times, stating that those in favor of VA privatization in the Trump administration considered him “an obstacle to privatization,” and according to the HuffPo, there is a large body of evidence to back up these claims.

Although the White House denies that it intends to privatize VA health care, many veterans advocacy groups fear that the administration and other conservative groups will use this as an opportunity to expand private choice programs and deprive the VA health system of the funding it needs to make improvements, undermining the federally run system.

Regarding the ousting of Shulkin, the Executive Director of Vietnam Veterans of America, Rick Weidman stated, “It’s a victory for the guys who don’t care about veterans,” going on to conclude, “David Shulkin was an impediment to these people’s plans, to their agenda to privatize the VA.” 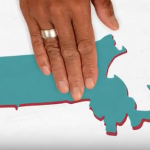